The extraction of nucleic acids from viruses is important for both pathogen detection and microbiome discovery. Viral genomes, which can be DNA or RNA, are protected in a protein capsid that can be difficult to lyse. For research and clinical purpose it is useful to have a method of nucleic acid extraction that can lyse a range of viruses as well as bind efficiently to DNA and RNA.

The method presented here is a modified protocol using RNAdvance Blood that can extract nucleic acids from DNA and RNA viruses. By using a bead based technology, the method is amenable to automation, which is useful when dealing with large sample numbers. The method was developed with input from a customer. In this application note, we report the ability to extract DNA from samples containing HBV.

Samples were lysed by adding 200 μL of sample to 10 μL of proteinase K and 150 μL of Lysis buffer.The samples were pipette mixed 10 times followed by incubation at room temperature for 20 or 45 minutes. After lysis, the 205 μL of Bind 1/isopropanol solution, consisting of 200 μL of isopropanol and 5 μL of Bind 1, was added. The samples were incubated at room temperature for 5 minutes; immediately following the incubation the samples were placed on a magnet for 10 minutes pull down the beads. The supernatant was then removed. The beads were washed with 400 μL of Wash Buffer and placed on a magnet for 5 minutes, then the supernatant was removed. The beads were washed a second and third time with 400 μL of 70% ethanol. Following the last wash the samples remained on the magnet for 1 minute to air dry. To elute the viral nucleic acids from the beads 20 μL of nuclease free water was added. The samples were incubated for 2 minutes at room temperature, and then placed on a magnet for 2 minutes to elute the nucleic acid of interest from the magnetic beads. The supernatant was then removed for storage at -20 °C or -80 °C for long-term storage. A more detailed method is presented in the viral nucleic acid extraction supplemental protocol.

To test whether high molecular weight RNA bound to the magnetic beads, an RNA ladder was used as input nucleic acid. RNA Marker High (45 ng) was added to 195 μL of serum substitute and the RNA ladder was purified from the sample. The samples were treated as described in the supplemental protocol to ensure that the lysis conditions would not degrade the nucleic acids. Figure 1 shows the sample input in lane 1 and after RNA isolation lanes 2-7. Lanes 2-4 show recovery after a 45 minute lysis and lanes 5-7 show recovery after a 20 minute lysis. The samples that had the 20 minute lysis had better recovery than the samples with the 45 minute lysis. This shows that high molecular weight RNA does bind to the magnetic beads and that the optimal time for lysis is 20 minutes.

The following experiments and results were conducted by Ekaterina Maiorova at the DVH, NCHHSTP,
Centers for Disease Control in Atlanta, GA.

A similar experiment was done to test whether large viral DNA fragments bind to the magnetic beads.
In HCV positive serum and in water viral DNA fragments of 500 bp, 1000 bp and 2000 bp were spiked.
The DNA was purified following the supplementary protocol. The fragments after isolation were visualized on a 2% agarose gel (Figure 2). In plasma all the fragment sizes were isolated and in the water only the 500 and 1000 bp fragments were isolated.

Viral DNA was extracted from six hepatitis B virus (HBV) positive sera using 2 different extraction kits, including the one presented here. After the extraction, a one-step PCR amplification was used to test for HBV DNA and was visualized using an Agilent 4200 Tape Station (Agilent Technologies). Amplification products were only visualized in the extractions performed with the RNAdvance Viral Supplemental protocol.

Viral nucleic acid extraction requires conditions stringent enough to open the viral capsid without degrading the RNA or DNA genome. This RNAdvance Blood supplemental protocol shows binding of high molecular weight RNA, of sizes similar to RNA genomes, and viral DNA fragments. This data shows that our protocol conditions will bind viral nucleic acids without significant RNA degradation. Additionally, DNA was isolated from six serum samples containing hepatitis B virus to verify viral lysis and performance of the method. If lysis conditions do not meet a customer’s needs than they can be optimized by the proof of principle team. 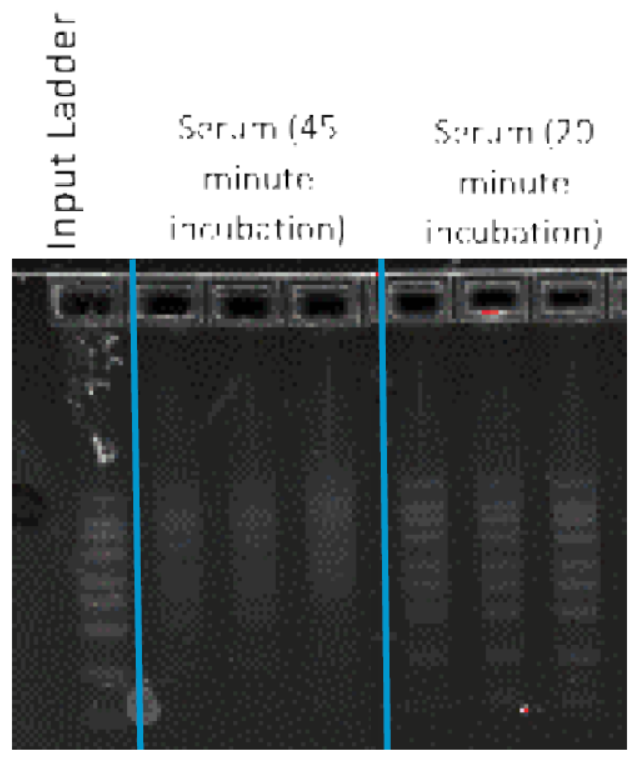 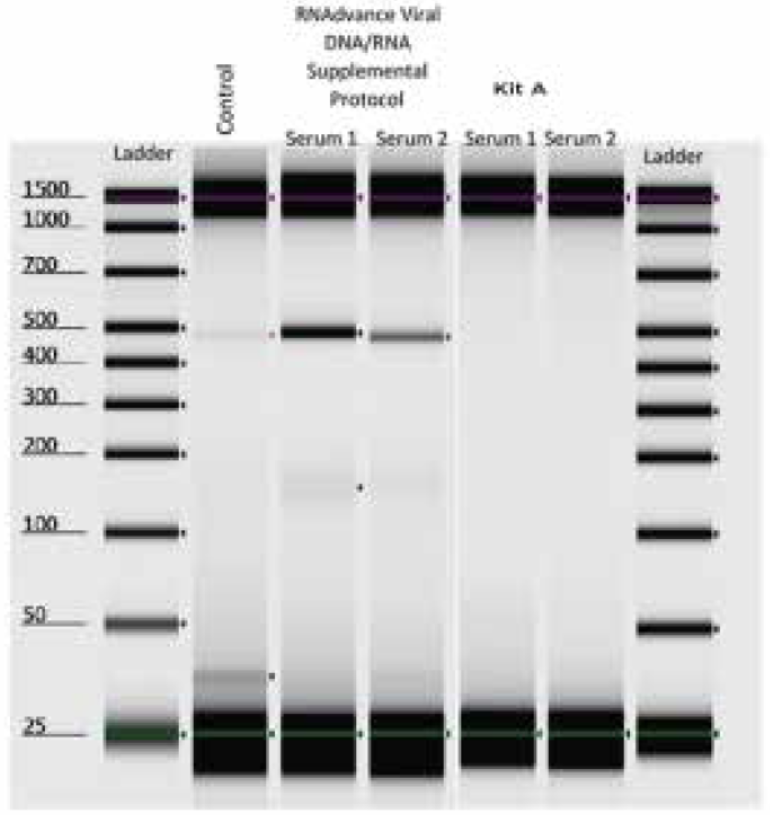 Figure 3. DNA was extracted from HBV positive serum using the presented RNAdvance Viral DNA/RNA supplemental protocol and another kit. Following extraction a one-step PCR amplification was performed to amplify a 500bp fragment of the HBV genome. Lanes 2, 3 and 4 showed amplification of this product indicating a positive result for extraction of HBV DNA using the control and the RNAdvance Viral DNA/RNA supplemental protocol; kit A showed no amplification indicating a negative result.